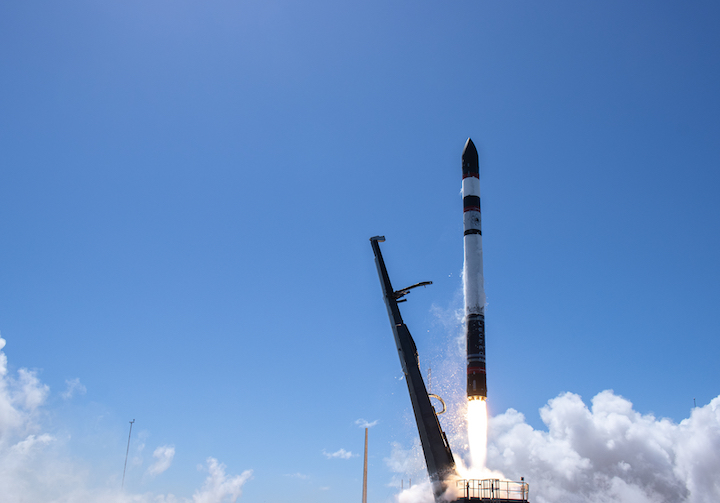 Rocket Lab deployed two satellites for BlackSky in its latest launch, and recovered the first stage of the Electron rocket afterward.

The mission, dubbed ‘Love At First Insight,’ took off from Launch Complex 1 on New Zealand’s Mahia Peninsula at 1:38 UTC on Thursday. Electron delivered the two BlackSky satellites to a circular 430 km orbit. BlackSky confirmed after the launch that its Earth-imaging satellites were operating normally on orbit.

CEO Peter Beck watched the splashdown from a helicopter, sharing a photo on Twitter. “Best seat in the house,” he tweeted.

“Today’s launch was a masterclass from an incredible team of engineers on how to successfully deliver customers’ satellites to space while at the same time demonstrating cutting-edge operations and innovation that pushes the space industry forward on small rocket reusability,” Beck commented.

This was Rocket Lab’s fifth launch of 2021, and fourth success after a May launch failed and lost BlackSky satellites.

Rocket Lab will attempt another launch for BlackSky by the end of this year. This was part of a multi-launch contract, organized by Spaceflight.