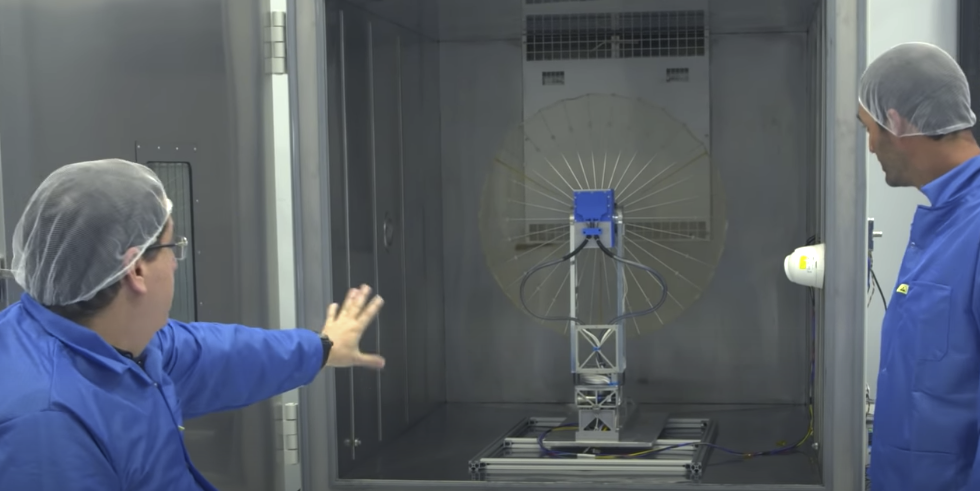 The video did not show the full BlueWalker 3 satellite — the company said in recent quarterly update that the satellite is in the final integration and testing phase — but showed how antennas are assembled into microns, testing facilities, and the gateway antenna that will be onboard the satellite.

AST SpaceMobile is building BlueWalker 3, which will be used to establish a space-to-cell network. The satellite is a massive 693-square-foot phased array, which must be folded up to fit into the launch vehicle fairing, and then unfurled in space.

Avellan emphasized how the AST SpaceMobile design is low cost: “This module is what makes our satellites so cost effective, we can make hundreds of thousands of them. The trick to make a satellite at this cost is that every satellite is built out of identical modules,” Avellan said. “[With] old fashioned satellites, everything is unique and different. They have their own solar panels, bus, and batteries. We don’t have any of that. The end product, which is a phased array, is the building block of the satellite.”

Avellan also showed a backhaul antenna, one of several that will be on the satellite, in temperature testing. This antenna will track gateways on the ground. The video also showed an example of gateway antennas like those that will be placed around the world to connect to network partners.

AST SpaceMobile is targeting summer 2022 launch, contingent on SpaceX for the final launch window. The satellite was set to launch with SpaceX between March 1, 2022 and April 30, 2022, but AST SpaceMobile pushed back the launch for additional time for assembly, testing, and final preparation.